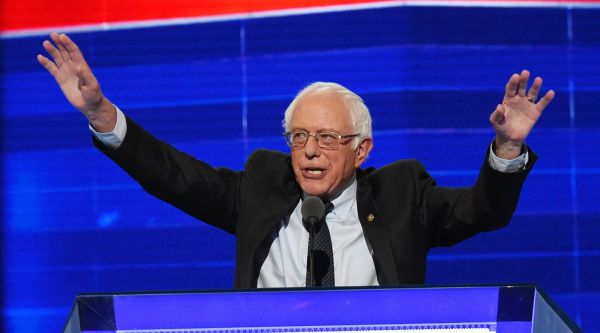 A dozen of us from the Orlando Sentinel’s CF100 are posting online commentary on the Republican and Democratic Conventions each night.  Below are my comments from Monday night.

Who won? There was no question that the RNC in Cleveland last week stoked the fires of “Americanism” over “globalism.” It clearly stoked the ire of those who feel, correctly or not, that America has lost its way. And the convention, with its fiery rhetoric and tonal hyperbole, also unnerved a broad-based age cohort who sits today in genuine fear of America’s future, if not outright demise.

All of that was put to bed by the Democratic National Convention, hosted by the City of Brotherly Love, and inspired by a bigger-than-life, untarnished and credible Michelle Obama.

It’s not necessarily true that those Trumpian impressions, foisted on the American electorate by intensely committed partisans, are right. And it’s not necessarily true, as the Democratic convention gets under way, that they are wrong. But what is true, and is the winner of the first night of the convention, is that our Constitutional Democracy of checks and balances, separation of powers and universal suffrage are alive and well. And that is precisely the strength and power behind the American experience and our place in history.

The Democratic National Convention has a major job to do during these four days. And Democrats shrewdly launched the counterattack by putting a human face on inhumane policy declarations, targeting our hearts, good will and sense of fair play — or, as Michelle eloquently reminded us, our decency, devotion and grace. Whether that will be enough, whether that will be successful, remains to be seen. But in the interim, the offensive has shown all too well that, in America, voters have the final word. That’s not something any of us need fear.

This is Bernie’s party. “You can feel it in your fingers . . . you can feel in your toes. Bernie is all around us. And so the feeling grows!” [My apologies, Troggs:  I just couldn’t help myself.]

The energy on the convention floor is fueled by a confluence of demographic shifts in the American electorate emboldening minority voters joined by a fresh young generation of Eugene McCarthy idealists, all of whom are not afraid of the word “socialism,” and prepared to play out what it looks like as policy. Yes, it’s true that a man they view as morally reprehensible offends them, but the image of Trump is less provocative for them than the image of Hillary is to the Republican A-B-C crowd. The real driver isn’t Trump. And it’s not Hillary. It’s Bernie. The platform is Bernie’s. And the future of the Democratic Party is Bernie’s. Monday night cemented that loud and clear.

Whether Hillary wins or loses in November, the Democratic Party lost tonight. The only real question is what will replace it.

Quote of the day: “The revolution will be televised.” Brian Williams, in early convention reporting.