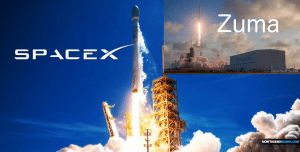 The planned launch of the closely guarded Zuma payload by SpaceX and the much-awaited launch later this month of the Falcon Heavy rocket capable of carrying into orbit over 54 metric tons of cargo at one-third the operational cost have put a fine point on the power of a massively transformative purpose to reconstruct commonly accepted realities.  Just 15 years ago, visionary entrepreneur, Elon Musk dared… Read more.