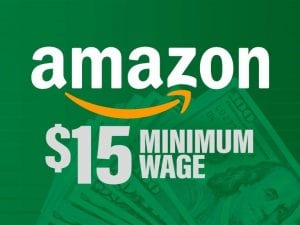 Amazon has an almost insatiable appetite for workers with a current workforce surpassing 250,000 employees in the United States alone.  In addition, at a time in which unemployment is less than 3.9%, Amazon also plans on hiring an additional 100,000 workers for the upcoming holiday season. So, with annual growth topping 40% and quarterly profits of $2.5 billion, Amazon’s increase in hourly wages, resulting …Read more.