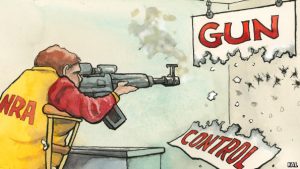 A decision handed down this week by U.S. District Court Judge Roger Benitez in California is reflective of the National Rifle Association’s new line of attack and sure to inform the Florida debate on gun control.  The NRA advanced (and the court bought) the argument that … Read more.