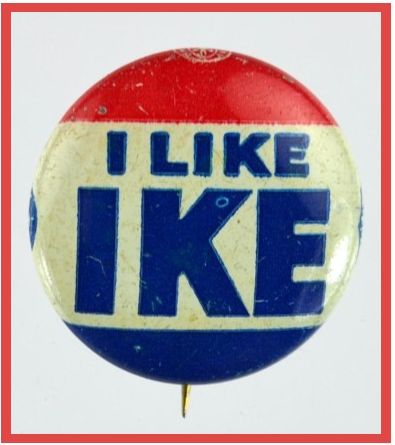 Some of us above a certain age may remember the rallying cry that ultimately brought 5-Star General Dwight D. Eisenhower, Supreme Commander of Allied Forces in 1945, to the White House in January, 1953. “I Like Ike,” ushered in one of the most successful eight year Presidencies in U.S. history.

While General Eisenhower might have been a modern day Julius Caesar, President Eisenhower became our Augustus Caesar — a supreme diplomat, formidable leader, and moderate pragmatist. Nonetheless, it is sobering to note that if Candidate Eisenhower were running for the Republican nomination in this election, America would probably have been deprived his talents. The Republican Party has unfortunately changed dramatically since 1952.

Former Governor Mitt Romney, like President Eisenhower, is a moderate Republican. As such, he has been met with less than positive enthusiasm by today’s Republican Party. And yet, he is not only the most electable of the Republican candidates the Republicans could field against President Obama, but he is by far what this country needs now.

It was only a few years ago that the left-wing of the Democratic Party hijacked the first two years of President Obama’s administration. Representative Nancy Pelosi and her colleagues propelled a left-wing agenda so out of touch with mainstream America that she squandered precious time in the midst of a blistering economic recession. Moreover, she almost single-handedly provoked a right wing tea party rebellion that ushered in the incredibly ineffective Congress we all had to live with these last two years.

The Republican Party is about to make the same mistake.

The Republicans have the opportunity to regain the White House.

The Republicans have the opportunity to reframe the dialogue.

The Republicans also have the opportunity to set the cause back for themselves and for America by at least another four years if they choose ideological populism over proven real-world competency.

Former Massachusetts Governor Mitt Romney successfully navigated the private sector where equity controls the flow of capital and jobs. He engineered the enormously successful 2002 Winter Olympics which produced the gold standard for an Olympic organization. He ran a successful Republican administration within the depths of a traditionally Democratic State. He has orchestrated with a few minor blunders a polished and successful campaign against a slew of pretenders.  And, if the truth be told, it’s hard to avoid noticing that his personal life includes a wife and family devoid of personal scandal.

Mr. Romney has earned his right to lead the Republican Party and our nation in this election.

Eisenhower may not have had the soaring rhetoric of either Robert A. Taft or Adlai Stevenson, but he did lead America into a prosperous decade and ended over two decades of New Deal thinking.  And although Romney is no slouch on the platform, his value lies less in his speaking style, and more in his substance.

And in any event, after three years of President Obama, I’m far less interested in rhetoric and far more interested in good management with measurable results anyway.

I want to encourage Republicans in Florida and in other states throughout the nation during this primary season to recognize the distinction between ideological rhetoric and effective pragmatic leadership, as they consider casting their votes for Romney.