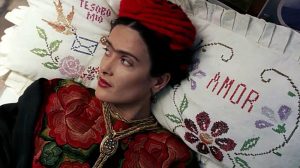 It is credited with having launched several careers, but that’s not really the point of this blog.

As I watched the film, vibrating within a spectrum of joy and suffering – the nuanced line within which each stage eventually transfers to the next – a thought occurred to me.

Art is the human interpretation of events which occur, emotions which are felt, or thoughts which are processed. It has value in its own right and deserves to have its own independent existence.

As I continue to process this issue of purging our historical artifacts – be it confederate generals, religious leaders, or political icons – with a view to somehow sanitize where we have come from because it currently offends where we are, I cringe with where that leaves us as human beings.

The arc of evolutionary consciousness is one which is progressive, as some of us believe, or regressive, as others of us might believe, but it is nonetheless an arc. And it is definitely evolutionary. Evolution doesn’t erase history, it simply builds on it. It’s agnostic as to its history. It moves on to the next and takes no mind as to where it came from. What’s relevant is where we are and where we are going; where we came from only informs that evaluation.

That’s evolution in its purest form. Somehow, steeped in the cesspool of politics, we have engaged in a battle with the past where what’s relevant is not where we are going, but where we have come from, and worse, with a desire to expunge that trail, as if its very existence is repugnant to us.

ISIS destroys millennia of artifacts in the name of Allah. And southern cities debate whether they are going to transplant a confederate icon because it appeared to glorify mores no longer socially accepted.

We were who we were. And we are who we are. Most relevant is who we have the opportunity to become. Must we anguish the past times when we were not who we are today? Is it not better that we focus attention on where we strive to be tomorrow?

An artist doesn’t expunge reality for the sake of the future; the artist exposes reality for the sake of the present and it can be, in the language of Frida, as “hard as steel,” as “fine as a butterfly’s wing,” as “lovable as a smile,” or as “cruel as the bitters of life.” But regardless, it is life – it is our past – and that past must sometimes reflect “agonized poetry on canvas.”

Are we not better off as a civilization when we do that?